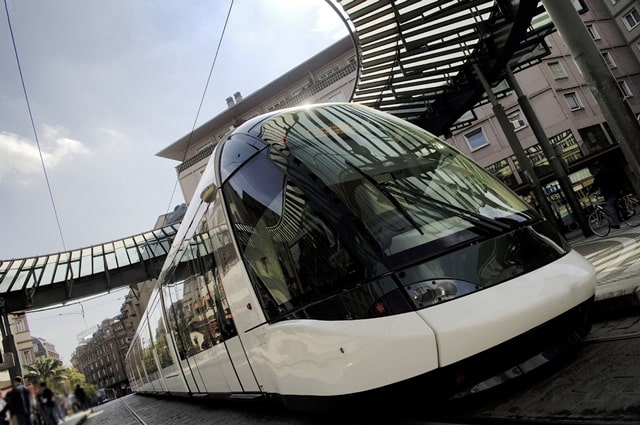 ​The Citadis is a family of low-floor trams and light rail vehicles used in over 28 cities including Barcelona, Dubai, Istanbul, Rio de Janeiro, Tunis, and Melbourne. Built by Alstom, they are available in versions with three, five, seven, and nine sections. Citadis trams are usually powered by overhead electric wires or on-board batteries.

BFG partnered with Alstom between 2008 and 2018 to deliver interiors and front ends for over 300 Citadis trams. BFG’s systems are perfectly integrated with Alstom for seamless product development and delivery.

Alstom had been manufacturing parts for the Citadis in France and Spain for a decade before looking further afield and approaching BFG. Initially the project was mostly a repeated design order with very little design input from BFG; however, BFG was able to improve the overall efficiency of the process to such a level as to offer very competitive pricing. BFG introduced multi-cavity moulds for the LRTM process to accommodate the smaller size and weight of the Citadis parts, which meant that BFG could quickly meet the higher production requirements of the Citadis by taking multiple parts from each pull from the mould.

BFG delivers the front end to Alstom completely equipped, thereby cutting down time on the production line. Eventually BFG also produced its own patented new generation design for the Citadis.

BFG’s local presence in France facilitates the close working relationship with Alstom and allows for the seamless exchange of technical knowhow, ensuring compliance to the requirements. Alstom ramped up production of the Citadis between 2011 and 2012, and to meet the increased demand BFG transferred the project from BFG Bahrain to BFG Philippines where up to 15 trains a month were turned out.