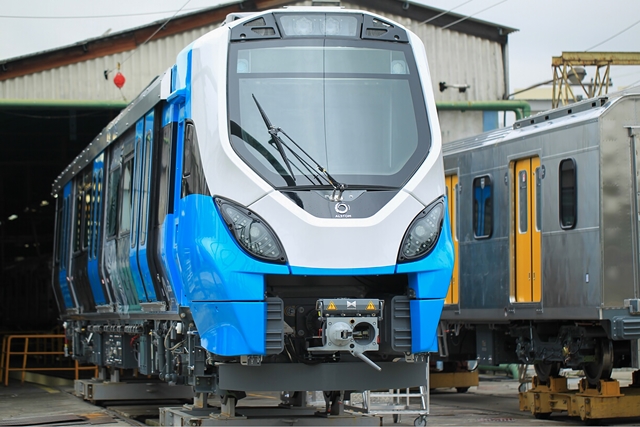 ​The X’Trapolis Mega is a variant of Alstom’s X’Trapolis electric passenger train developed specifically to fit South Africa’s 1.067 m gauge. It is environmentally designed to consume 31% less energy than existing fleets due to its lighter stainless steel bodyshell and IGBT regenerative braking system, associated with a 66% motorisation ratio.

In October 2013 the Passenger Rail Agency of South Africa (PRASA) and Gibela signed a contract for the supply of 600 X’Trapolis Mega commuter trains of 6 cars each over a period of 10 years. The contract also includes the construction of a local manufacturing facility in Dunnottar, 50 km east of Johannesburg. The project is valued at around €4bn and is one of the biggest in rail transport worldwide.

The first 20 trains will be produced at Alstom’s Lapa plant in Brazil, after which the site at Dunnotar will produce the remaining 580 trains. Alstom’s French sites in Ornans, Tarbes, Le Creusot, Reichshoffen, Villeurbanne and Saint-Ouen will also be involved in the project as well as the sites in Sesto in Italy and Charleroi in Belgium.